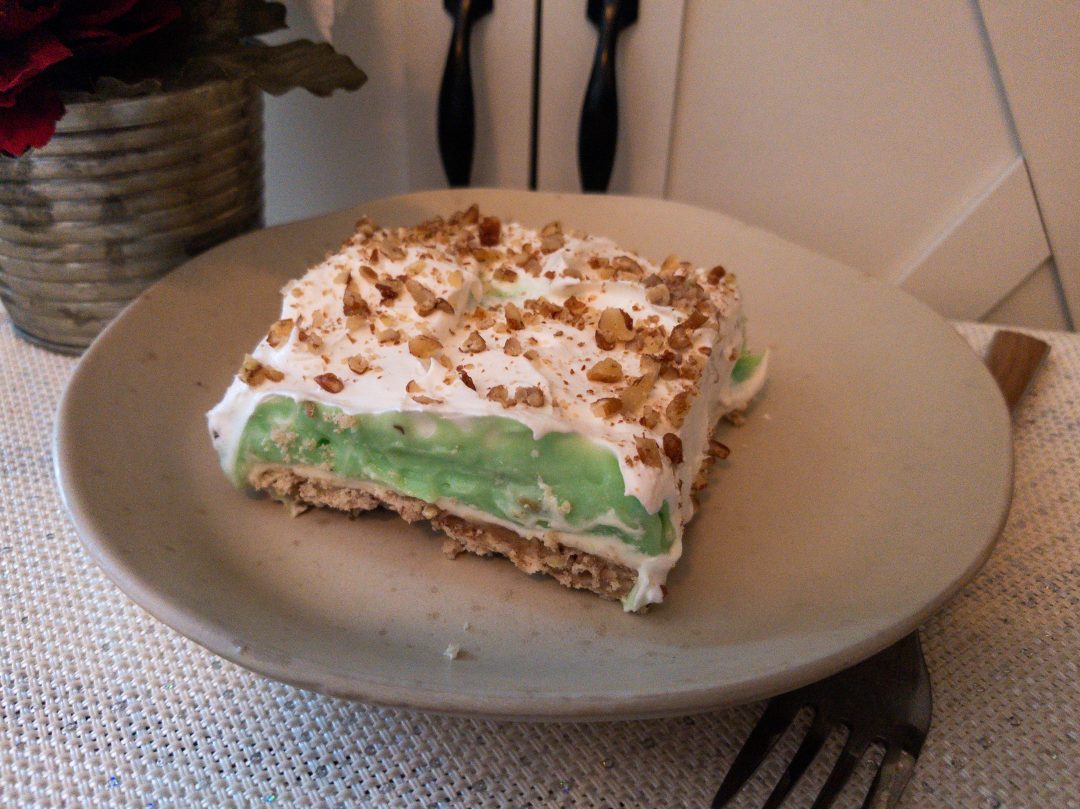 I was introduced to this dessert about a year ago at a gathering at my Aunt’s house. Apparently it has been around forever and for some odd reason I had just never tried it. She had to convince me to take a bite cause it was green and just looked a little weird. Oh my goodness, I can’t even tell you how amazing this is. You would think the pistachio pudding wouldn’t be this good but it makes this dessert just incredible. After making it myself, I realized it’s almost identical to the Chocolate Fantastic recipe my hubby’s Grandma makes so I ended up taking some of the ingredients from that recipe and tweaked this one a little. It’s a perfect dessert to bring to a gathering as it feeds a lot and you don’t need a huge piece to be satisfied. Give it a try today. 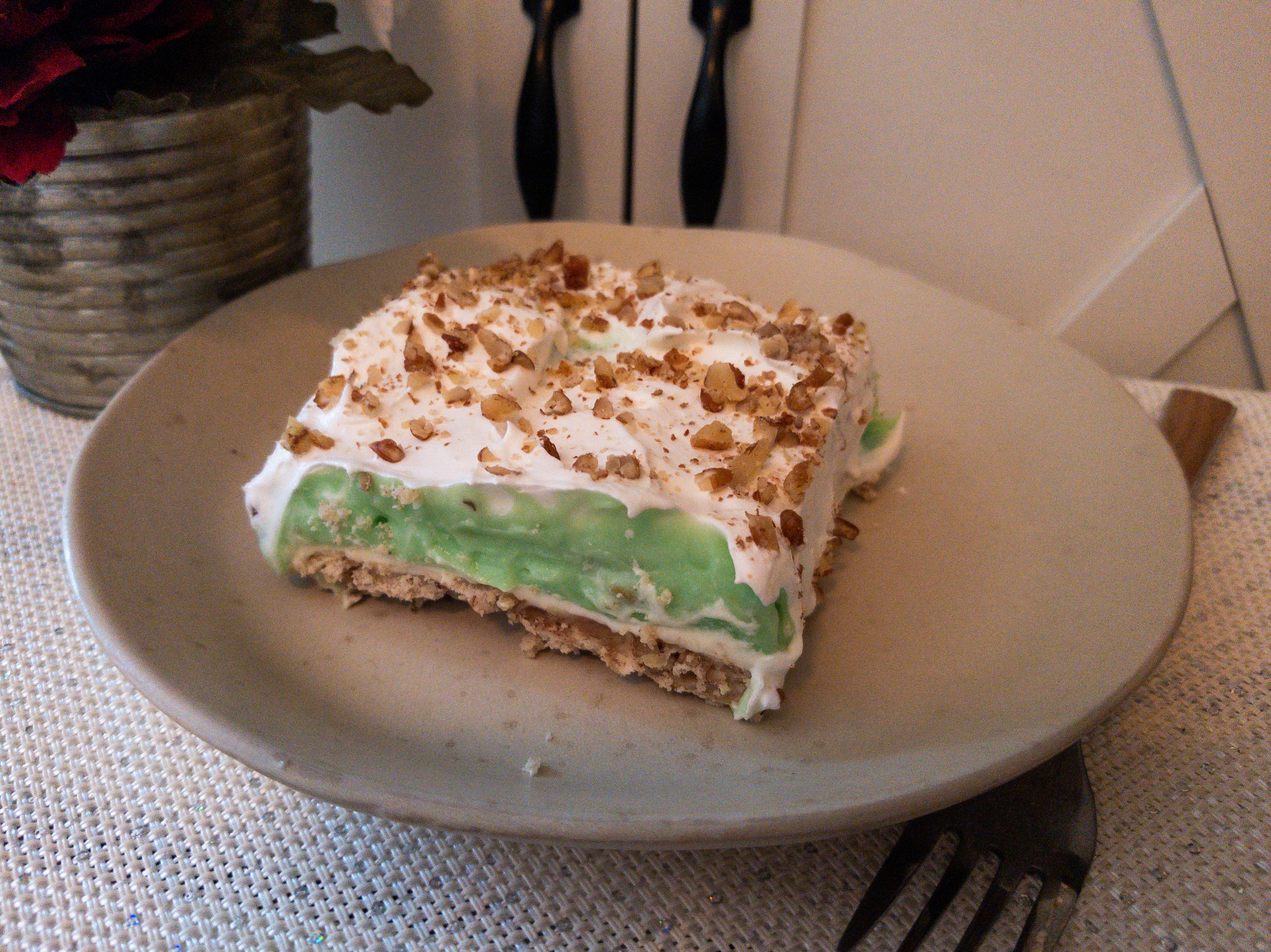 In a large bowl, mix together the flour, chopped pecans and softened butter. I do this by mixing with my hand. Press dough into the bottom of a 9x13 baking dish. Bake for 20-25 minutes until golden brown.

While crust is baking, mix together cream cheese, powdered sugar and cool whip. Put in refrigerator.

Remove crust from oven and allow to cool completely.

Mix together pistachio pudding and milk. Beat on medium for 2 minutes.

Would also be good with crushed pistachios on top instead of pecans. 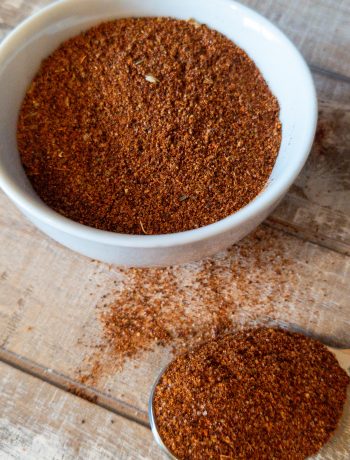 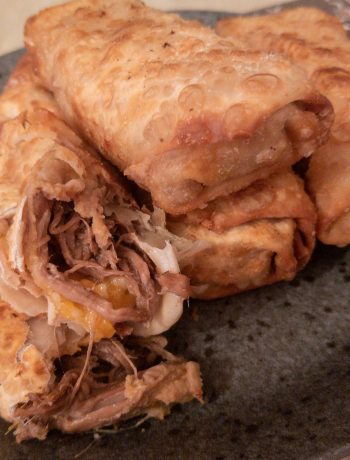 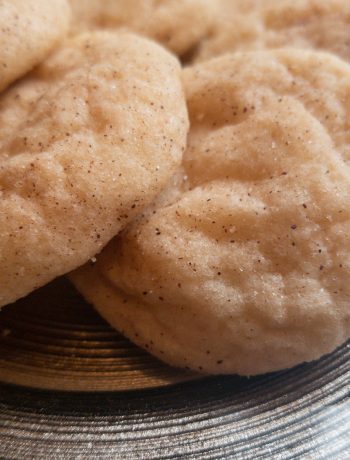